Long ago and far away

For most people, the historical events that Christians believe founded what is called Christianity seem totally irrelevant. It was so long ago and so far away. What possible significance could it have to us who live in a completely different world; a world of speed and technology, the space age, an age of civilisation and the United Nations?

The death on a cross of Jesus of Nazareth, a Jew who lived in Roman occupied Israel/Holy Land two thousand years ago – what possible meaning could it have for us personally? Even if we believe it happened, do we not say, ‘but what’s it got to do with my life. Roman soldiers, crosses, Jewish religious leaders, Pontius Pilate, thieves – it’s all so remote, so obscure, why do Christians make so much of it?’

Let’s be honest when a thing happened or where, cannot be used as excuses to dismiss something. We may have many reasons to ignore the death and resurrection of Christ, but we cannot just say ‘it was so long ago and so far away’.

Of course the reason these events are so important to real Christians is because of who it was that died and the purpose of it.

Christians believe what the Bible says, that Jesus Christ is the Son of God; God come into the world in a way that we could easily recognise by His perfect life and wonderful miracles. On the cross we have God in the person of His Son taking the penalty that we all deserve for the sort of lives we have led, and making that the basis of forgiveness and a share in His resurrected  new life.

This is why Christians see these events that were long ago and so far away, as the most significant things that ever happened.

We urge you to explore these things further. Come Sunday evening at 6.30pm and begin a search after the real meaning of life and eternity. 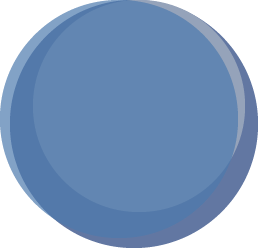